copied with permission of author 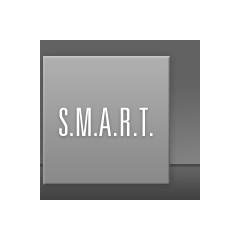 On August 18 – 19, 2018 SMART’s 2018 Annual Ritual Abuse, Secretive Organizations and Mind Control Conference will be occurring at the DoubleTree Hotel in Windsor Locks, CT.  This conference will give attendees an opportunity to learn about severe child abuse issues. These issues include human trafficking, cult abuse and ritual abuse occurrences.  The presentees come from a wide variety of educational backgrounds and trainings. Reduced prices are available for low income attendees.

Speakers and Topics Include:

His topic is: The Credibility of Ritual Abuse Allegations

Information on Randy Noblitt and His Research
https://ritualabuse.us/smart/randy-noblitt/

Neil Brick is a survivor of ritual abuse and mind control. His work continues to educate the public about child abuse, trauma and ritual abuse crimes.

His topic is: Changes in Awareness of Severe Abuse and Child Abuse Crimes Over Twenty Five Years

Manjot Singh Khalsa is a psychotherapist in private practice, sacred healer, interfaith minister, teacher and co-creator of Radikal Healing. His topics are: Radikal Healing and Be Here Now

Mike Skinner will perform a concert for the attendees. Michael Skinner is a nationally known award-winning advocate survivor addressing the issues of trauma, abuse and mental health concerns through public speaking and his music.

Important research will be presented at the conference supporting statements made about the prevalence of severe abuse crimes.

You are currently browsing the S.M.A.R.T. ritual abuse conference category at Eassurvey's Weblog.